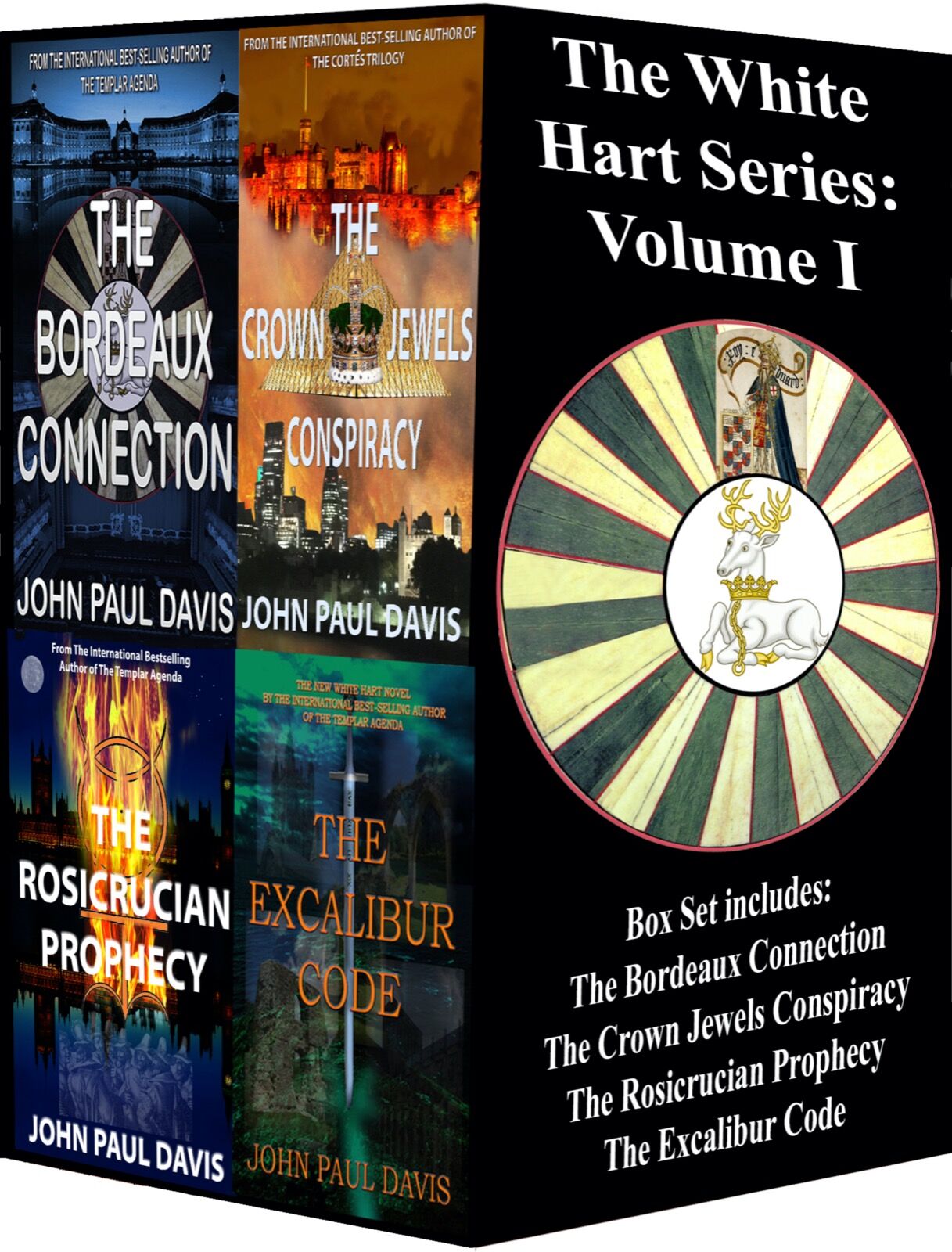 In Medieval England, the defence of the realm in times of need rested on the shoulders of twelve men – a secret brotherhood of knights, who answered only to the ruler of England. They were called The White Hart.

The explosive series from the International Bestselling Author of The Templar Agenda and The Cortés Trilogy...

US readers can do so Here

When a series of explosions rock the Scottish capital, The White Hart is once again called into action. While the attackers flee Edinburgh with a hoard of priceless historical manuscripts, in a lonely village in England recent intelligence photographs suggest a potentially shocking connection between the suspected culprits and the wife of the Deputy Prime Minister...

For White Hart agents Mike Hansen and Kit Masterson, the new lead is just the first piece of a potentially explosive puzzle that threatens to tear a hole in the heart of government. As a new threat soon reveals itself, their only chance to bring to an end the recent chain of ruthless activities is to follow the trail to the bitter end. Right to the heart of its deadly conspiracy...

A week later and with the City of London burned to rubble, the hunt is on for its mysterious sender.

November 1604: an ancient grave is discovered in a subterranean crypt somewhere in the English countryside. Though the identity of the deceased remains a mystery, a strange symbol etched into the slab offers a bizarre clue to his background. Exactly a year later, an anonymous letter delivered to King James I of England contains a shocking warning. If the contents of the grave are not handed over, the Palace of Westminster will be subjected to an almighty blow at the reconvening of parliament.

Within days, a solitary conspirator is arrested as he prepared to set light to 36 barrels of gunpowder . . .

Over four hundred years later, a famous European socialite arrives in London on the fifth of November in a visit that has the potential to decide the UK’s future with the EU. Despite widespread scepticism over her true intentions, when her car is the subject of a bomb attack by a known terrorist close to Big Ben, panic threatens to engulf the city.

1539: As the Reformation wreaks havoc on England’s monasteries, a loyal brotherhood of monks flee the Dissolution unnoticed. In their possession is a hoard of legendary relics – the oldest of which are said to date back to the time of Christ. For more than a thousand years their very existence has been closely guarded . . .

Present day: when Deputy Director of the White Hart, Ian Atkins, goes missing, the last thing agents Mike Hansen and Kit Masterson anticipate is misdemeanour. However, when news comes to light that Atkins was last seen visiting retired physicist Lord Newton – descendant of the legendary Sir Isaac and a key target of the terrorist attacks of three months earlier – a conspiracy ensues.
Next
Previous