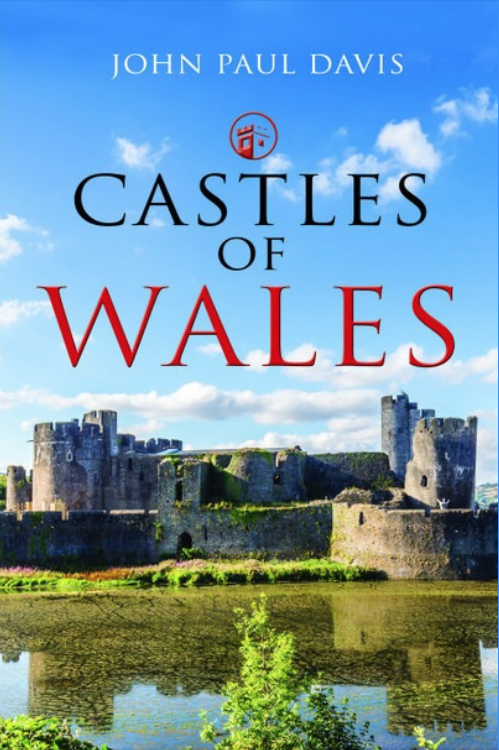 UK readers, the book is available from Amazon Here

US readers, the book is available from Amazon Here

The book is also available direct from Pen&Sword Here

In 1277, Llywelyn ap Gruffudd, Prince of Gwynedd, met with Edward I of England in Aberconwy to finalise a treaty that would change the fate of both nations. His hand forced by Edward’s invasion earlier that year, Llywelyn’s acceptance of the terms confirmed not only short-term peace but also that the rule of Wales would pass to Edward on his death. To augment his rising dominance, the English king embarked on a building project that saw the rise of some of the most recognisable fortresses in Europe. Quite literally, an ‘Iron Ring’ of castles.

Even before the construction of Edward’s infamous ‘Iron Ring’, castles were by no means rare in Wales. Both before and simultaneous to William the Conqueror’s establishment of timber and stone fortresses in the south and borderlands, a process continued by many of his descendants, native structures also existed. Though often more palatial than protective, such constructions proved decisive to the ongoing wars and were often chosen as sites for future castles. Just as had been the case in England, the story of the castle crosses many centuries. Many began as Roman forts, whereas others date from more modern times. While many are now romantic ruins, others remain cherished family homes, if not hotels or museums.

By adopting an identical approach to that seen in Castles of England, John Paul Davis returns to throw light on the stories behind them. For as long as there have been castles in Wales, there have been mysteries within their walls: murders that remain unsolved, treasures unfound, prisoners left to rot in the darkest pits. Many also served as the home of violent warriors whose heroic deeds have become a cherished part of the Welsh identity.

From blood-soaked heroes to long-lost legends, violent pirates to despotic Marcher lords, Castles of Wales offers a fresh investigation into many of its fascinating fortresses. No country has more castles per square mile than Wales. Even today, there are more than 200 to be enjoyed. Inspired by such a rich tapestry of tales, this book provides an essential introduction to the nation many regard as 'The Land of Castles'.
Next
Previous