Guy Fawkes - 10 facts you never knew about the man behind the Gunpowder Plot!

22/11/2021
Guy Fawkes, Guy Fawkes, ‘twas his intent,
To blow up the king and parliament...
By God’s providence he was catch’d
With a dark lantern and a burning match 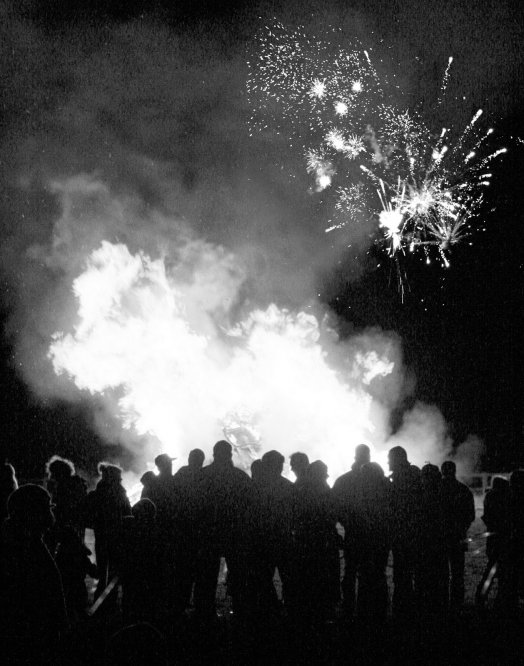 As night fell over the City of London on that cold November night in 1605 the people gathered in the streets to celebrate the delivery of their King from certain death with the lighting of bonfires. In the days that followed, knowledge of the plot in the minds of the common folk was vague. A man had been apprehended, lurking in the vaults beneath parliament guarding 36 barrels of gunpowder.
For over four hundred years the people of England have celebrated the failure of the man, now infamous for his attempts to destroy the House of Lords as part of a Catholic plot against the Protestant state. As time has passed the focus has shifted away from the political complexities of the age, focusing instead on celebration. In Britain the 5th November has become an evening of carefree entertainment: people gather in gardens and parks to witness the night sky explode with fireworks, children play with sparklers while straw ‘guys’ burn atop bonfires.

But who really was the man behind the guys? Though his name is legendary his story remains largely untold. Here are ten surprising facts behind the man who ‘has never been forgot.’

1. Despite his celebrated zeal, Guy Fawkes was initially raised Protestant. His father had been a notary or proctor working for the Ecclesiastical Court. According to Guy’s interrogation on November 6 he converted to the Catholic faith around the age of 15 or 16.

2. When Guy was 4 years old his school was subject of an unwanted scandal when the headmaster was dismissed for converting to Catholicism. Under his successor the school still saw the rise of several future prominent Catholics, including Guy’s co-conspirators John and Christopher Wright.

3. At the age of 22, Guy left York to take up employment at Cowdray House in Sussex as a footman. His masters were the Montague family, famous Catholic Lords. 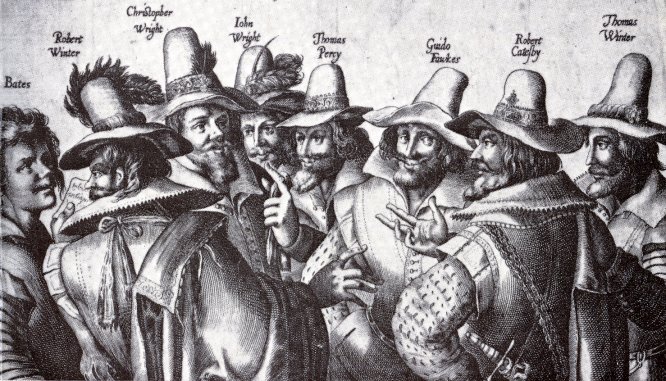 4. After leaving England, Guy spent over eight years working as a soldier in the ‘English Regiment’ of the Spanish Army fighting Protestant forces in the Low Countries. It was there he became an expert in the art of Gunpowder.

5. In 1596 Guy was present at the siege of Calais where he was commended for his gallantry. In recognition he was made an officer. Of his promotion a contemporary said ‘he was a man every way deserving it...both for devotion more than is ordinarily found in soldiers, and especially for his skill in martial affairs and great valour’. 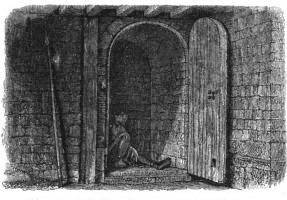 6. Guy was fluent in at least three foreign languages, and was a skilled writer – very rare for a man of gentleman status at the time.

7. In later years Guy changed his name to Guido, the Spanish equivalent of Guy.

8. In 1603 Guy was sent to the Court of Phillip III of Spain as an envoy on behalf of English exiles unhappy with the ascension of the Protestant King of Scotland, James Stuart. Their fears that James would act harshly against England’s Catholics soon came true.

9. The Gunpowder Plot was discovered when the vaults beneath the House of Lords were searched following an anonymous tipoff. Guy was the only conspirator found and was subsequently tortured. His resolve was praised by those who questioned him. He refused to name his conspirators for four days.

10. On hearing that their King had narrowly escaped death the people of London celebrated through the lighting of bonfires. In January 1606 an act of Parliament was put forward to make the 5th November a day of annual celebration. 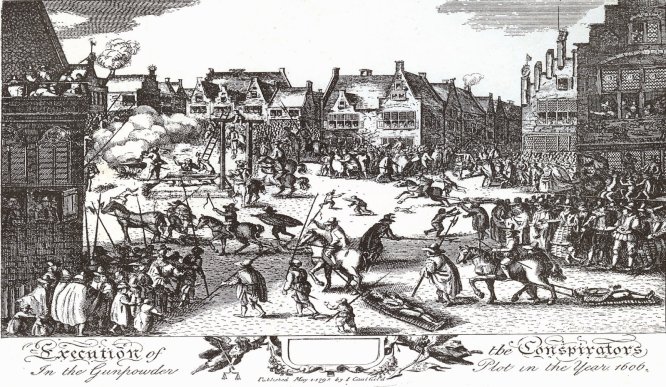 For more on the original Guy and the Plot for which he has never been forgot, check out Pity For The Guy - a Biography of Guy Fawkes, Peter Owen 2010, the only full length biography in print. UK customers click Here and the US Here
Next
Previous