A HIDDEN HISTORY OF THE TOWER OF LONDON: ENGLAND'S MOST NOTORIOUS PRISONERS 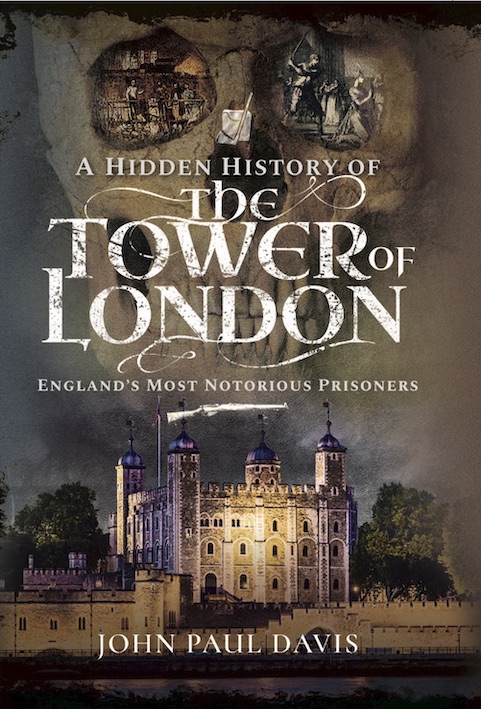 Famed as the ultimate penalty for traitors, heretics and royalty alike, being sent to the Tower is known to have been experienced by no less than 8,000 unfortunate souls. Brought in through the, now legendary, water gate - better known as Traitors' Gate - many of those who were imprisoned in the Tower never returned to civilisation. Those who did, often did so without their head! It is hardly surprising that the Tower has earned itself a reputation among the most infamous prisons on the planet.

Even as early as the 1100s, the effect that the first Tower had on the psyche of the local population was considerable. In ten long centuries what once consisted of a solitary keep has developed into a complex castle around which the history of England has continuously evolved. So revered has it become that legend has it that should the Tower fall, so would the kingdom.

Beginning with the early tales surrounding its creation, A Hidden History of the Tower of London investigates the private life of an English icon. Concentrating on the Tower's developing role throughout the centuries, not in terms of its physical expansion into a site of unique architectural majesty or many purposes but through the eyes of those who experienced its darker side, it pieces together the, often seldom-told, human story and how the fates of many of those who stayed within its walls contributed to its lasting effect on England's - and later the UK's - destiny.

From ruthless traitors to unjustly killed Jesuits, fallen heroes to disappeared princes and jaded wives to star-crossed lovers, A Hidden History of the Tower of London provides a raw and at times unsettling insight into the lot of its unfortunate victims, thus explaining how this once typical castle came to be the place we will always remember as THE TOWER.

To buy the book directly from Pen&Sword, click here.

To purchase the book on Amazon, UK customers click Here. US customers here
Next
Previous